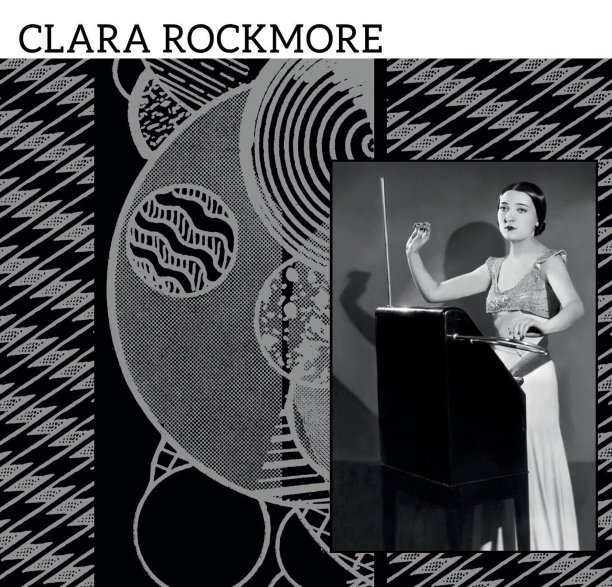 Many folks have handled the theremin over the years – the strange instrument pictured on the cover – but few have ever handled it with the skill and instrumental virtuosity as the great Clara Rockmore! This set was recorded in the 70s, but has an instantly classic sort of vibe – as Rockmore works alongside pianist Nadia Reisenberg, to transform the use of the instrument greatly – moving past the more sound-effects mode that the theremin was usually reduced to, and taking it into strongly note-based territory on a variety of themes from much older sources! Most tracks are duo numbers – done like piano/violin sonatas, with a really beautiful sound – and a few more feature a larger ensemble, which only makes things even more amazing. Titles include "Adagio", "Water Boy", "Air", "Bachianas Brasilieras No 5", "Pastorale", and "Summertime".  © 1996-2022, Dusty Groove, Inc.

Sull'Accordo Mimetico
Soave (Italy), Late 80s. New Copy
LP...$26.99 34.99
A sublime creation that was originally created for a sound installation on a street in Italy during a late 80s festival – music that seeks to draw out the noise of the street, and replace it with a warmer, more sensitive progression of music! Tiziano Popoli uses a range of Korg and Yamaha ... LP, Vinyl record album

Wanderer
Important Records, 1984. New Copy (reissue)
LP...$28.99 30.99
One of the most lovely albums ever recorded by Pauline Oliveros – the kind of standard-setting set that immediately helped distinguish her as one of the most inventive voices of all time on her instrument! And yes, that instrument is the accordion – but in the hands of Oliveros, it's ... LP, Vinyl record album

Ascension
99 Records/Superior Viaduct, Early 80s. New Copy (reissue)
LP...$20.99 22.99
A masterpiece of new music for guitar from the legendary Glenn Branca – a set that both draws on all the minimal experiments on the New York scene of the 70s, and the big wave of underground music at the end of the decade! Branca effortlessly fuses the rock and compositional communities here ... LP, Vinyl record album

Space Between (white vinyl pressing)
Numero, 1980. New Copy (reissue)
LP...$20.99 24.99
A rare treasure from that time when experimental music was sometimes getting lost in the shuffle next to new age records in the racks – partly because an album like this was only ever issued on cassette, which kept it away from some of the more serious sides of the record stores! Side one of ... LP, Vinyl record album

Geographies – 13 Proverbes Africains – Made To Measure Vol 5 (with bonus download)
Crammed (Belgium), Early 80s. New Copy (reissue)
LP...$17.99 19.99
Beautiful work from Hector Zazou, and one of those wonderfully hard to define records from the early days of the Crammed label – a company that always had a strong penchant for mixing up both musical and cultural modes in really unique ways! The record is part of a series of imagined ... LP, Vinyl record album

Un Monde Lacere
Transversales Disques (France), 2008. New Copy
LP...$24.99 42.99
The legendary French electronic composer Pierre Henry was 80 when he created this piece – but the sound of the music is very much close to his roots – and recalls the kind of striking combinations that Henry brought to the postwar world of musique concrete! The work was recorded in ... LP, Vinyl record album