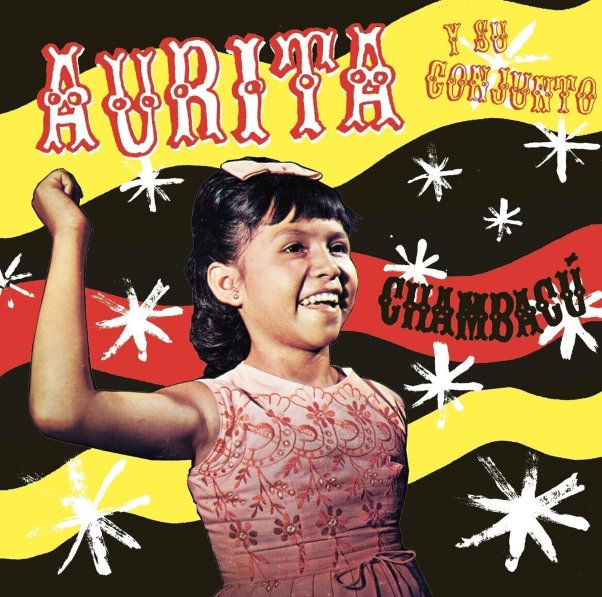 One of the most unusual albums ever issued on the legendary Discos Fuentes label – and that's saying a lot, given how many unusual albums the company put out! This set's got a core Colombian groove in the rhythms – very much in the rootsy style that the company was making a name for in the 60s – great percussion, a nice raw edge in the production, and that slight variation in groove that made Colombian music a really refreshing change from the sounds of Havana and New York! Yet the real difference here is that the singer is a kid – the lovely Aurita pictured on the cover – a vocalist who's got this unusual depth for someone her age, this rawness at times that really comes across in a striking way – almost the unbridled energy and emotion that you'd never hear from an adult. That quality livens up the grooves in this really unusual way – all the charms of a vintage Discos Fuentes album, but with a very different spin! Titles include "El Vaquero", "Las Polleras", "Mompoxina", "Chambacu", "Festival En Guarare", "Carino Lindo", and "Lamento De Sirena".  © 1996-2022, Dusty Groove, Inc.
(Beautiful pressing – in a heavy tip-on cover!)