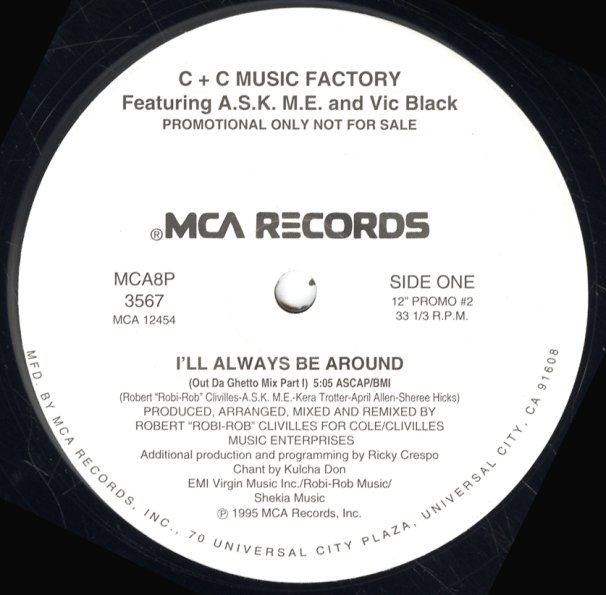 Features ASK ME and Vic Black.
(Promo in an MCA sleeve.)

Beautiful Nasty (orig, 4Hero mix)/Original Sins
Ninja Tune, 2001. Near Mint- (pic cover)
12-inch...$9.99
The brilliance of Chris Bowden is back – the first record to capture the brilliance of his Soul Jazz debut, recorded way back in the early 90s! The single, like that record, is a brilliant assemblage of jazz, strings, sound, beats, and a cosmic musical vision that takes us back to the early ... 12-inch, Vinyl record

Good Life (Mayday mix, Steve Silk Hurley mix, radio mix, Magic Juan mix, Mike Hitman Wilson mix)/Big Fun (Les Adams mix)
Virgin, 1988. Very Good+
12-inch...$14.99
A nice bit of Detroit Techno – one that really crossed over into the mainstream, hitting all the stops on the remixes here with one from Derrick May, another from Juan Atkins, another from Steve Silk Hurley and the radio version of the original from Kevin Saunderson! 12-inch, Vinyl record