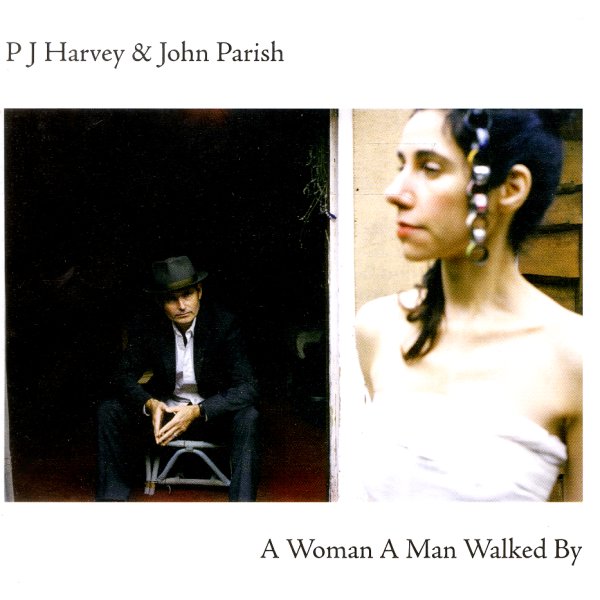 Woman A Man Walked By

The second PJ Harvey & John Parish' duo effort, more than decade after Dance Hall At Louse Point! Despite being frequent collaborators, the jointly billed couple albums show a lot of range and depth from both of them in ways that are subtly different than their other work. PJ stretches syllables and gives moody heft to just about every word, Parish's musicianship rolls from atmospheric guitar rock to angular acoustic instrumentation and back. Includes "Black Hearted Love", "Sixteen, Fifteen, Fourteen", "Leaving California", "The Chair", "April", "A Woman And A Man Walk By/The Crow Knows Where The Little Children Go", "The Soldier", "Pigs Will Not", "Passionless, Pointless" and "Cracks In The Canvas".  © 1996-2021, Dusty Groove, Inc.