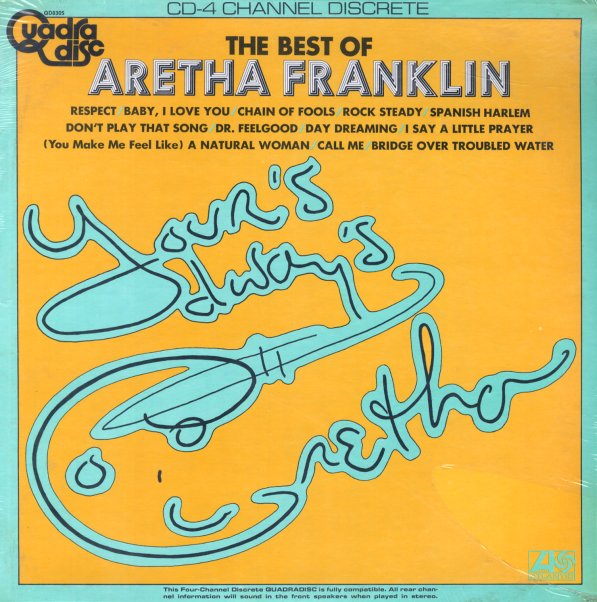 A very different version of this than the usual one – as the set features twelve tracks, but all presented in special Quad mixes! Titles include "Respect", "Rock Steady", "Spanish Harlem", "I Say A Little Prayer", "Call Me", "Bridge Over Troubled Water", "Natural Woman", "Dr Feelgood", "Day Dreaming", "Don't Play That Song", "Baby I Love You", and "Chain Of Fools'.  © 1996-2021, Dusty Groove, Inc.
(Out of print, extremely rare DVD-audio pressing with surround quad mix. LP style sleeve has minor wear at the edges but this is still a great copy!)

Average White Band
Atlantic, 1974. Used
CD...$4.99 (LP...$5.99)
AWB's first for Atlantic – and a nice slice of funk that proves that they can mix it up with the best groups of the 70s! The record's got plenty of sweet electric keyboards over smooth funky basslines – and as the years go by, the band's white boy vocals don't sound nearly as bad as we ... CD