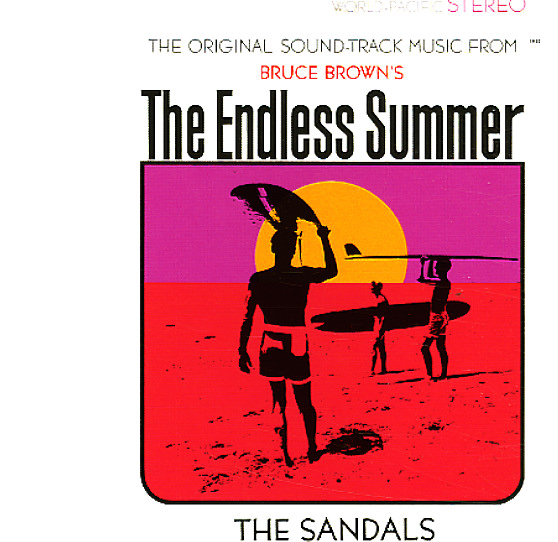 A groovy soundtrack to this hip surf film directed by Bruce Brown – filled with great little instrumentals that go way past the obvious! Brown had previously used jazz players for some of his films – including Bud Shank, who cut some great stuff for earlier soundtracks – but this set's got him working with The Sandals, a younger guitar-driven group with a cool style of scoring – partly surf instrumentals, but partly mod and groovy too! The Sandals move way past the stock surf riffs of chart surf groups – and they really do a great job with the changing moods and scenes of the film – fitting the many scenes of surfing on the screen. Titles include "Jet Black", "TR 6", "Scrambler", "6 Pak", "Driftin", "Good Greeves", and "Decoy".  © 1996-2021, Dusty Groove, Inc.
(First US reissue – on "Ultraviolet" vinyl!)