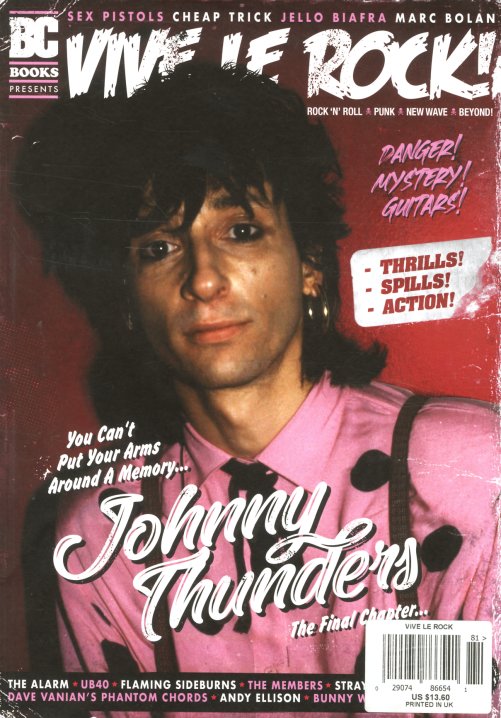 Vive Le Rock looks at the final chapter in the too-short career of Johnny Thunders – and moves through a big mix of punk, new wave, and other 80s modes – with features on UB40, The Alarm, Sex Pistols, Cheap Trick, Jello Biafra, The Members, Stray Cats, Bunny wailer, and surprisingly, Marc Bolan too! The issue's got lots more too – including some new acts that maintain that classic punk spirit – all with the usual VLR flair!  © 1996-2021, Dusty Groove, Inc.