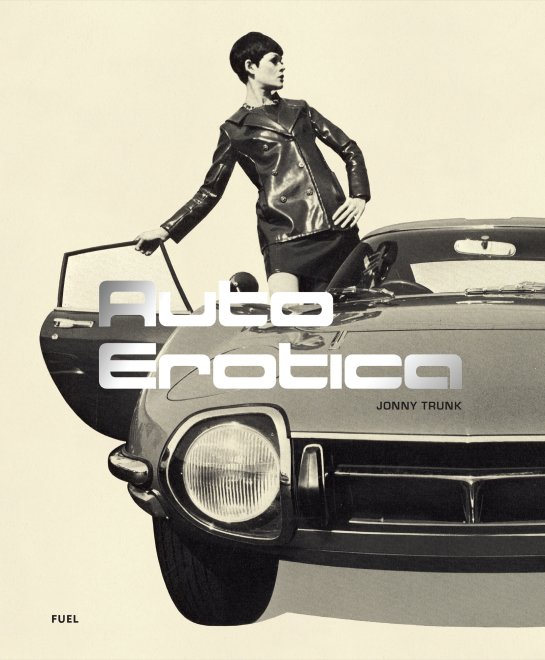 You might know Jonny Trunk as the head of England's amazing Trunk Records label – but here, he demonstrates a completely different side of his talents, although one that's as aesthetically dynamic as the music he puts on his records! As the title implies, the book features two decades' worth of classic advertisements for automobiles – usually from publicity put out by the car companies themselves, and with the British and European spin you'd expect from Jonny's UK background. And, as with all his projects, Trunk's sense of taste and eye for the unusual is fantastic – and the book ends up being almost as much of an art piece as it is a document of the way that automobiles used to be presented to the public! Softcover, 240 pages, and full color throughout.  © 1996-2022, Dusty Groove, Inc.

1973 – Rock At The Crossroads (hardcover)
Thomas Dunne, 2019. New Copy
Book...$6.99 29.99
The late 60s Woodstock years and late 70s punk era always seem to get their due in press – but this might well be the first great book to really get at that special moment between those two generations – a time when so much musical creativity was taking place, even though it wasn't as ... Book

Paradise City – Healing Cities With Music (hardcover)
Lannoo (Belgium), 2019. New Copy
Book...$8.99 45.00
The book might have a lofty goal, but it's a great one too – and is illustrated here with a big range of full color photographs from the cities that get the attention of the authors! The book has sections on New Orleans, Detroit, Port Au Prince, Belfast, Hiroshima, and Kigali – each ... Book

Inner City Pressure – The Story Of Grime (hardcover)
William Collins (UK), 2018. New Copy
Book...$5.99 29.99
Grime may not be at the top of everyone's list when it comes to favorite music genres – but there's no denying that the style had a key impact on the UK scene at the start of the century, and was a key moment of expression for band of outsiders who finally got the attention they deserved! ... Book

Punk Tees – The Punk Revolution In 125 T-shirts (hardcover)
Sterling, 2016. New Copy
Book...$6.99 24.95
Back at the start, when John Lydon first painted on a Pink Floyd tee shirt, punk rock was not about buying fashion for the music, but making it on your own – yet very quickly, the role of the t-shirt became a key one on the scene – as a way to mark yourself as you circulated through ... Book

Various Small Books – Referencing Various Small Books By Ed Ruscha (hardcover)
MIT Press, 2013. New Copy
Book...$6.99 39.95
A fantastic look at one of our favorite traditions in contemporary art – the issuance of "small books" of photographs – usually done in limited print runs, and often focusing on a specific topic or stretch of space. One might offer up similar objects in varying situations ... Book

Substance – Inside New Order (hardcover)
Dey St, 2016. New Copy
Book...$6.99 35.00
Bassman Peter Hook already gave us a great book on the legendary Hacienda club in Manchester, and his time in the group Joy Division – but this volume may well be his best so far – as it's a surprisingly huge tale of his time in New Order, with an especially strong focus on the 80s ... Book

DPR Korea – Grand Tour (hardcover)
Lannoo (Belgium), 2018. New Copy
Book...$8.99 40.00
A very unusual concept for a book of photography – and one that really gives an expansive presentation of the subject as well! The pages fold out, often in these longer images that are linked together – which give photographer Carl De Keyzer's images of North Korea maybe even more ... Book

Eartha & Kitt – A Daughter's Love Story In Black & White (hardcover)
Pegasus, 2021. New Copy
Book...$6.99 26.95
A book that's both a history of legendary singer Eartha Kitt, and a memoir of her daughter – told in a way that's deeply personal, and which gets at a side of Eartha's life that most of us never knew existed! Daughter Kitt Shapiro provides surprising details about Eartha's life as a mixed ... Book