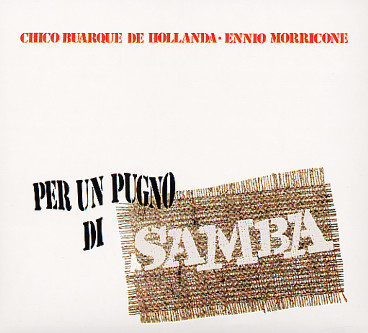 An amazing record – one that stands as one of Chico Buarque's greatest from the 70s! The set was recorded in Italy in 1970 – and features Chico singing lead vocals over backings handled by Ennio Morricone – all in a style that's a perfect blend of MPB with the best elements of the Italian scene of the time! The songs are all originals written by Chico – and have a light and dreamy samba/bossa feel, one that's inflected by the off-beat orchestral style of Morricone, and supported by vocals from I Cantori Moderni. The feel is halfway between Chico's work on RGE and some of the dreamier Morricone soundtracks of the time – and it's a wonderful thing to have a strong male lead vocal over backings from Morricone – a really rare thing for the time, with results that are tremendous. Titles include "Rotativa", "Samba E Amore", "Nicanor", "Tu Sei Una Di Noi", "In Te", "Ed Ora Dico Sul Serio", and "Quete E Quelle".  © 1996-2023, Dusty Groove, Inc.