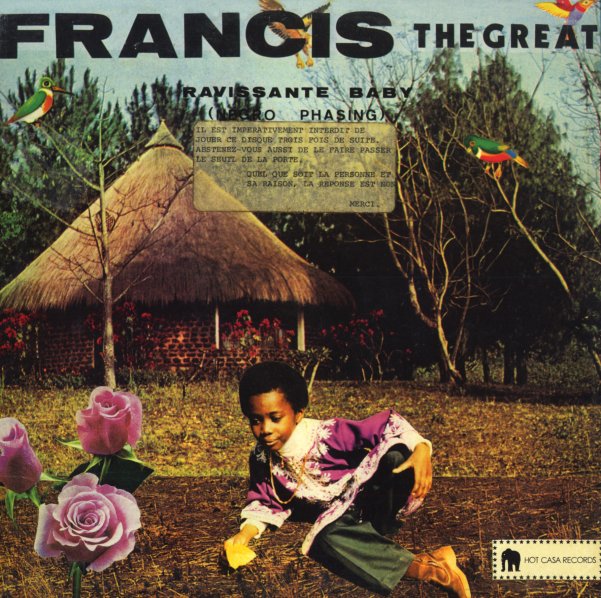 Surprisingly great work from an artist who was very young at the time – Paris-born Francis Mbarga, who cut this Afro groove classic when he was only 7 years old! Despite that age, though, the sound is very fully-formed – thanks to tight studio backing from a combo of sharp guitar, bubbling bass, and snapping drums – all of whom flesh out Francis' music ideas, while he calls along with the lyrics! "Ravissante Baby" takes up all of side one – and side two features the even groovier "Look Up In The Sky", which has some English lyrics, a funky groove, and a weird offbeat vibe that we might place somewhere in the territory of William Onyebar for complete uniqueness!  © 1996-2022, Dusty Groove, Inc.
(2015 reissue on Hot Casa – still sealed!)