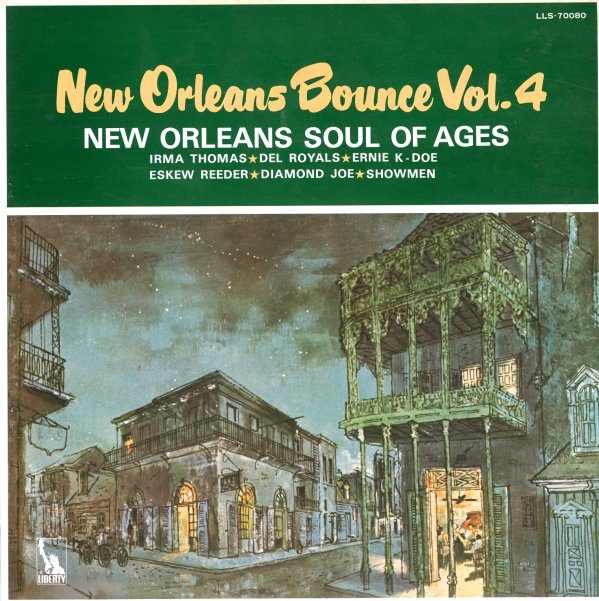 Not New Orleans bounce from later generations – but a great collection of classic 60s soul! Titles include "Who Will Be The One" and "She's Gone" by The Del Royals, "Green Door" and "I Waited Too Long" by Eskew Reeder, "Tain't It The Truth" by Ernie K Doe, "Country Fool" by The Showmen, "Moanin & Screamin (part 1)" by Diamond Joe, and the cuts "Ruler Of My Heart", "I Done Got Over It", "Two Winter's Long", "It's Raining", and "Somebody Told You" by Irma Thomas.  © 1996-2021, Dusty Groove, Inc.
(Nice Japanese pressing, with obi! Cover has a small seam split in the middle of the bottom, and a very small bit of aging.)

Hit After Hit
Liberty, 1962. Near Mint-
LP...$4.99
A well-titled album, as it features some of Gene's big early hits, mixed along with lesser-known gems – all done in that proud, loud style he used before becoming the Headless Hero! Snuff Garrett produced most of the work, and the tunes have a bold approach that certainly draws from the ... LP, Vinyl record album

Blues Power
Minit, Late 60s. Near Mint-
LP...$24.99
Nice album of funky organ instrumentals, recorded for the legendary Minit label by Gene Dozier, who went onto arrange some monster funk cuts in the 70s! As might be expected, a number of the cuts on here are covers of contemporaneous soul standards – like "Watermelon Man", "Sou ... LP, Vinyl record album