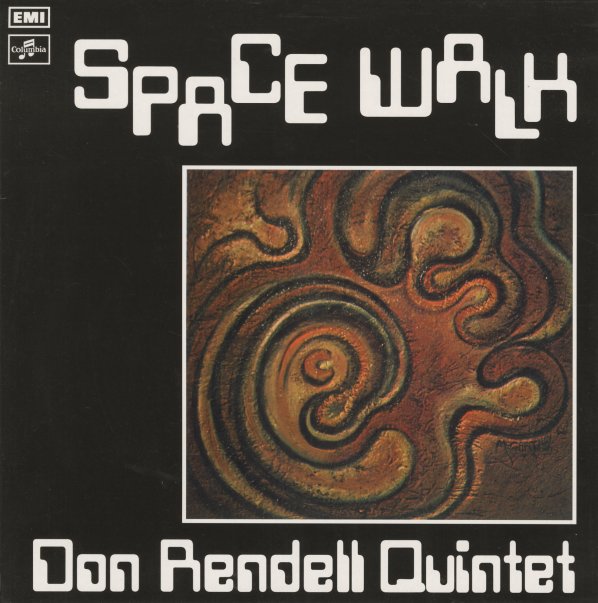 A remarkable session that features everything we love about British jazz! The session was one of the last great sides cut as part of Columbia UK's legendary "Landsdowne Series" – and it features sax genius Don Rendell grooving hard on some extended modal numbers that feature vibes, flute, soprano, and tenor, all laid out over some incredibly tight work on rhythm. The set's got none of the self-indulgence of some of the lesser Brit sides from the time – and it mixes together grooves, soul, and a bit of funk into a stellar set that sparkles with the best work on labels like MPS or Impulse from the time. The reed interplay between Rendell and Stan Robinson is amazing – and the use of vibes gives the whole thing a spacey feel that's perfectly balanced by the tightness of the bass and drums. A real gem of a record – one that you'll be hard pressed to find even in England – and with 7 stunning tracks that include "On The Way", "Euroaquilo", "A Matter Of Time", and "Antibes".  © 1996-2021, Dusty Groove, Inc.
(An incredible pressing – remastered from the original tapes and recut – on 180 gram vinyl, with a 12" insert, and download too!)

Upright Living – Nat Birchall Meets Al Breadwinner
Ancient Archive Of Sound (UK), 2020. New Copy
LP...$36.99 39.99
A mighty feather in the cap of UK saxophonist Nat Birchall – and a set that really shows just how much he's opening up his sound in recent years! The set is a second meeting between Birchall and Al Breadwinner – and like the previous, both artists handle a wide range of instrumentation ... LP, Vinyl record album