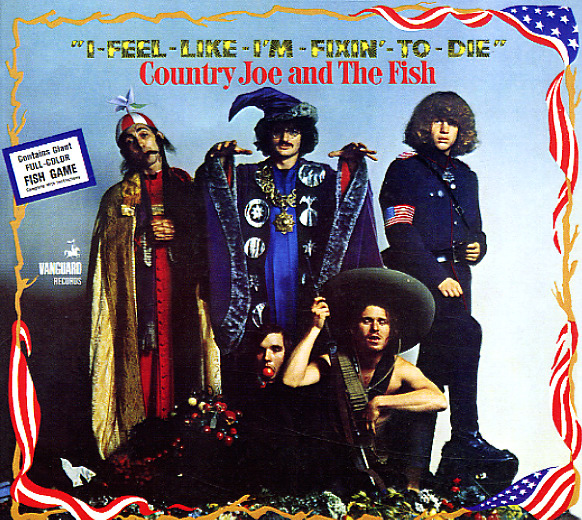 Maybe the greatest moment ever from Country Joe & The Fish – an insane blend of politics, psychedelia, rock roots, and more – all wrapped up in a nice of carnival-esque style that really lives up to the group's name! Many folks later copied the group – and others, like The Fugs, worked in somewhat similar territory – yet there's a really special sound to the group on this early set, a balance that brings more focus to otherwise trippy moments, more sense to their political agenda, and these sharp instrumental inflections that really send the whole thing home. Blues historian Samuel Charters produced, giving the record another influential quality – and titles include "The Fish Cheer & I-Feel-Like-I'm-Fixin'-To-Die-Rag", "Who Am I", "Pat's Song", "Magoo", "Jam", "Eastern Song", and "Colors For Susan".  © 1996-2023, Dusty Groove, Inc.
(1988 CD pressing.)