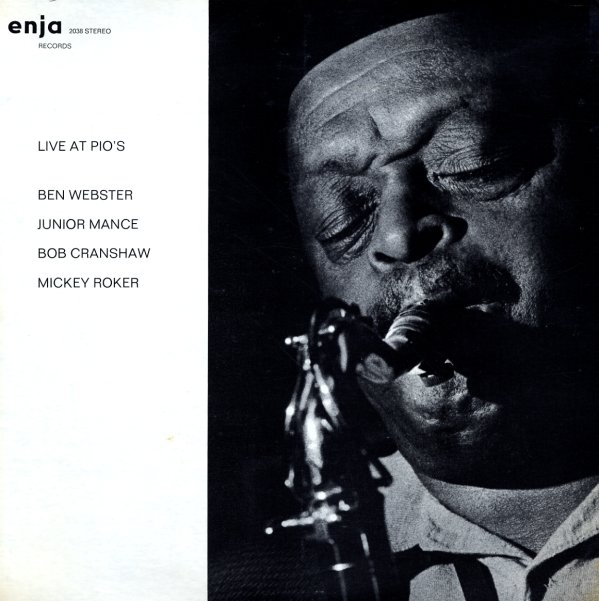 A great small club date from Ben Webster – different than some of his European concerts of his final years, in that this one was done at a lounge in Rhode Island, and maybe has a bit more bite and focus overall! The tracks are short, and Webster gets superb rhythm accompaniment from the trio of Junior Mance on piano, Bob Cranshaw on bass, and Mickey Roker on drums – who really come out swinging, and push Ben to take some of his boldest solos of the period – plenty of bite throughout, and a fire that you don't always hear on his other 60s recordings. Titles include "Cookin For T", "Sunday", "Pennies From Heaven", "How Long Has This Been Going On", and "Gone With The Wind".  © 1996-2021, Dusty Groove, Inc.
(Limited edition 180 gram pressing – first time on vinyl!)