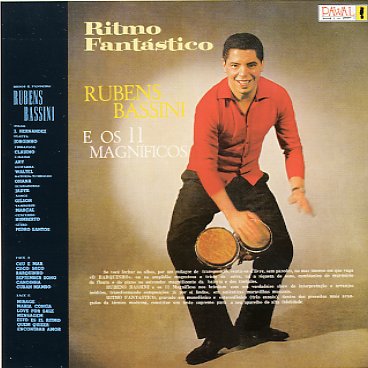 Garota De Ipanema
Paladium/Ultra Vybe (Japan), 1967. New Copy
CD...$13.99 (CD...$9.99)
A rare one from 60s Brazil – and a really great small combo bossa session with some very unusual instrumentation! At their core, the Balona group seem to be a bossa piano trio – but many tracks here have a little "something else" – vibes, electric guitar, or trumpet ... CD

Embalo
Paladium/Ultra Vybe (Japan), Mid 60s. New Copy
CD...$13.99 (CD...$9.99)
A beautiful bit of lost bossa jazz from 60s Brazil – the only album we've ever seen by the P Trio, an enigmatic group recording in Belo Horizonte – hardly the same center of bossa nova as the beaches in Rio! The session's got a spare and lively feel – similar to work at the time ... CD