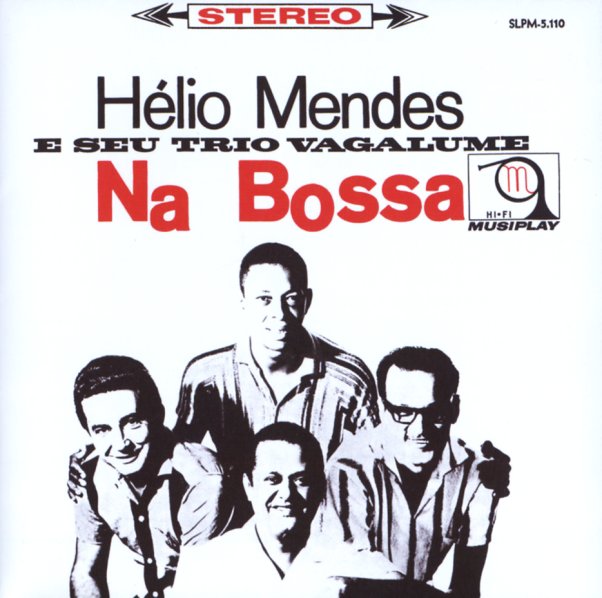 A real killer from pianist Helio Mendes – not to be confused with Sergio Mendes, although this cooking early 60s album has all the same bossa jazz sound we love on Sergio's early work! The album's all instrumental, and has Helio really romping right out front on the piano – over snapping drums, and quick-time basslines that kick things along beautifully with a tight samba jazz groove – captured with a production style that brings this great sense of echo and majesty to the piano. The set's filled with groovers in a nice bossa mode – and titles include "Influencia Do Jazz", "O Sapo", "Baiaozinho", "Mas Que Nada", and "Vagamente".  © 1996-2021, Dusty Groove, Inc.

Garota De Ipanema
Paladium/Ultra Vybe (Japan), 1967. New Copy
CD...$13.99 (CD...$9.99)
A rare one from 60s Brazil – and a really great small combo bossa session with some very unusual instrumentation! At their core, the Balona group seem to be a bossa piano trio – but many tracks here have a little "something else" – vibes, electric guitar, or trumpet ... CD

Embalo
Paladium/Ultra Vybe (Japan), Mid 60s. New Copy
CD...$13.99 (CD...$9.99)
A beautiful bit of lost bossa jazz from 60s Brazil – the only album we've ever seen by the P Trio, an enigmatic group recording in Belo Horizonte – hardly the same center of bossa nova as the beaches in Rio! The session's got a spare and lively feel – similar to work at the time ... CD