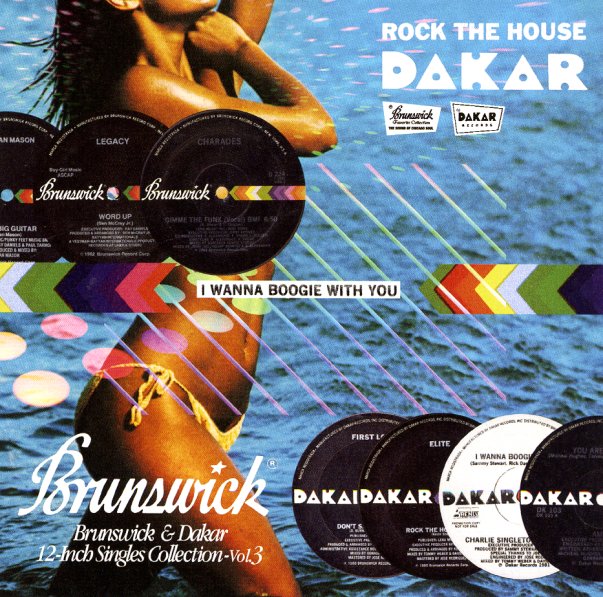 Wonderful work from the later years of Brunswick Records – a time when the company briefly re-emerged as a surprising force on the hipper dancefloors of the time – thanks to a great run of funky club, soulful disco, and seminal boogie tracks! Brunswick didn't issue many albums at the time – and they were quite far from their hit years of the early 70s – but their 12" output from the period is wonderful, and way more than just the usual throwaway work for the discos – done with a real sense of quality, and a devotion to both funk and soul undercurrents that really keep things strong. Titles on this great 3rd volume include "Don't Say Goodnight" and "Love Me Today" by First Love, instrumental and vocal versions of "I Wanna Boogie With You" by Charlie Singleton & Stargasm, "Jammin Big Guitar" and "Rockin Big Guitar" by Vaughan Mason, vocal and instrumental versions of "Word Up" by Legacy, vocal and instrumental versions of "Gimme The Funk" by Charade, "Rock The House (parts 1 & 2)" by Elite, and the fantastic groover "You Are The One" by AM/FM.  © 1996-2022, Dusty Groove, Inc.