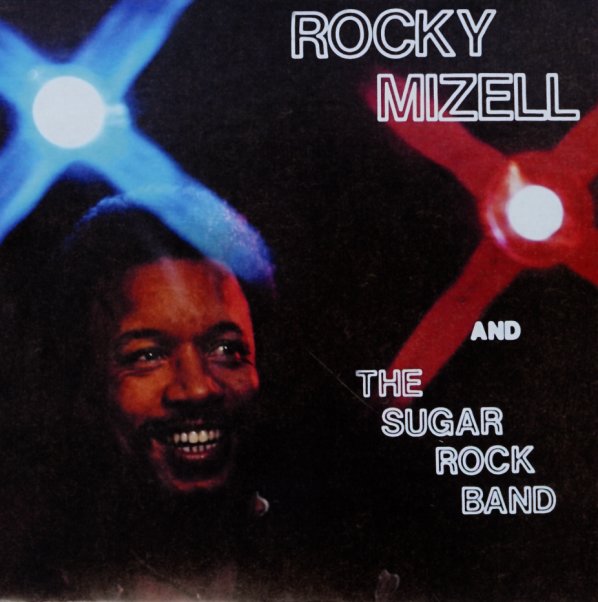 Massive Miami grooves from Robert "Rocky" Mizell – not one of the Mizell brothers from the west coast, but a Florida artist with a sound that's equally nice! The album's the only one we've ever seen from Rocky, and it's got a sweet TK Records groove all the way through – rhythms that are definitely on the funkier side of Miami soul, arranged by Rocky himself, and produced to perfection by Willie Clarke! The tunes are all originals – mostly collaborations between Mizell and Clarke – and the album's got a great way of sounding smooth while still keeping things funky – that perfect Miami balance that would soon disappear when things got a bit more commercial. Titles include "Shake Your Body Down", "This Must Be Love", "Never Never Girl", "Hey Sexy Dancer", "Take It Easy Babe", and "Come To Me".  © 1996-2021, Dusty Groove, Inc.

Livin' High Off The Goodness Of Your Love (with bonus tracks)
Invictus/Ultra Vybe (Japan), 1973. New Copy
CD...$13.99
The only album ever by The Barrino Brothers – a stellar early 70s harmony group, and one who could sing with the best of the east coast scene of the time! The whole set's got a feel that's very much in the best mode of groups like The Modulations, Soul Generation, and even The O'Jays – ... CD

I Love The Way You Love
Alston/Ultra Vybe (Japan), 1972. New Copy
CD...$13.99
A breakout album by Betty Wright, the record that spawned the cut "Clean Up Woman" – the choppy funky track that really pushed her over the top in a big way, and which has remained fresh for years –thanks to a strong sample history in hip hop! That cut's more than enough ... CD

Soulshake (with bonus tracks)
SSS International/Ultra Vybe (Japan), Late 60s. New Copy
CD...$13.99
Wonderful soul duet work from Peggy Scott & Jo Jo Benson – a pair who were maybe to the southern scene of the 60s what Marvin Gaye and his ladies were to the Motor City – able to trade lines in a wonderful way, and make their songs always come together with a vibe that was way more ... CD

Cry To Me (with bonus tracks)
Aware/Ultra Vybe (Japan), 1975. New Copy
CD...$24.99 (LP...$9.99)
A wonderful album of southern soul from Loleatta Holloway! The record was her last in the deep soul mode – and it's a gem that should have made her as big as her later disco records – a really well-crafted extension of styles that Stax and Atlantic had done in the 60s, but given a ... CD