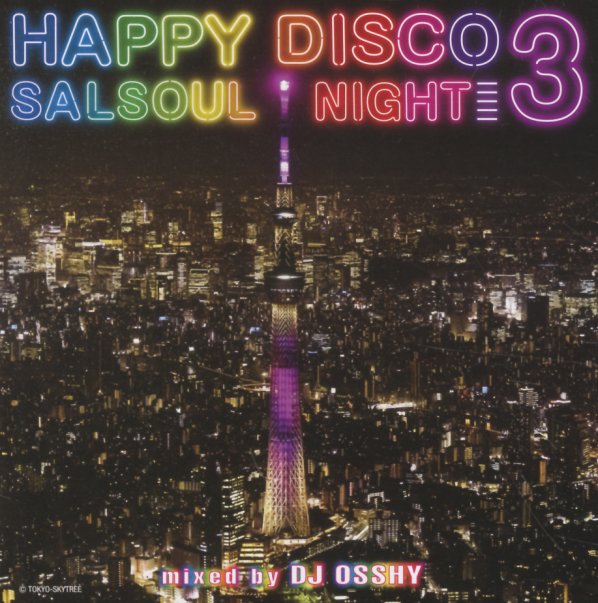 That's a picture of Tokyo on the cover, but all the tracks here are from the glory days of New York club/disco powerhouse Salsoul Records – served up by DJ Osshy in a non-stop mix that includes 24 tracks in all! The sharp, funky grooves of Salsoul cuts really lend themselves to this sort of mixing – and Osshy does a great job of laying them together back to back – maybe never messing them up at all or mixing things too much – but also never letting the energy stop for a minute! Titles include "Let Love Shine" by Skyy", "Rap O Clap O" by Joe Bataan & The Mestizo Band, "Flakes Rap (Jimmy Simpson 12" mix)" by Flakes, "Spring Rain" by Silvetti, "Everyman (Danny Krivit re-edit)" by Double Exposure, "I Got My Mind Made Up (Larry Levan 12")" by Instant Funk, "Falling In Love (Shep Pettibone 12")" by Surface, "The Beat Goes On & On (Jim Burgess 12")" by Ripple, "Helplessly (Tom Moulton 12" mix)" by Moment Of Truth, "Let No Man Put Asunder (Shep Pettibone 12")" by First Choice, and "All That's Good To Me (Francois K 12") by Rafael Cameron.  © 1996-2021, Dusty Groove, Inc.