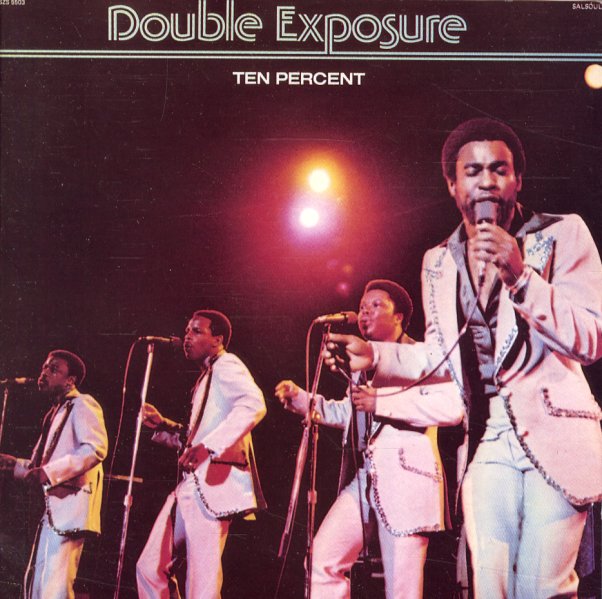 A wonderful album – one of those underground classics that seems to show up in everyone's record collection, even though it was never a huge chart hit. Double Exposure are part of the "second wave" of east coast vocal groups – and like their contemporaries, they mix the sweet harmony soul tradition of earlier years with the bourgeoning clubby sound that was coming out of Philly. The set's produced by the Baker/Harris/Young team – who also play on the album along with the rest of the Sigma Sound crew – and the songs feature some stunning anthemic club numbers, plus a few surprisingly sweet harmony tunes. Includes their huge cut "Ten Percent", the amazing positivist groover "Everyman" – and the cuts "My Love Is Free", "Gonna Give My Love Away", and "Just Can't Say Hello". CD features lots of bonus tracks – five mixes of "Ten Percent", plus "Everyman (single version)" and "My Love Is Free (Tom Moulton mix)".  © 1996-2021, Dusty Groove, Inc.