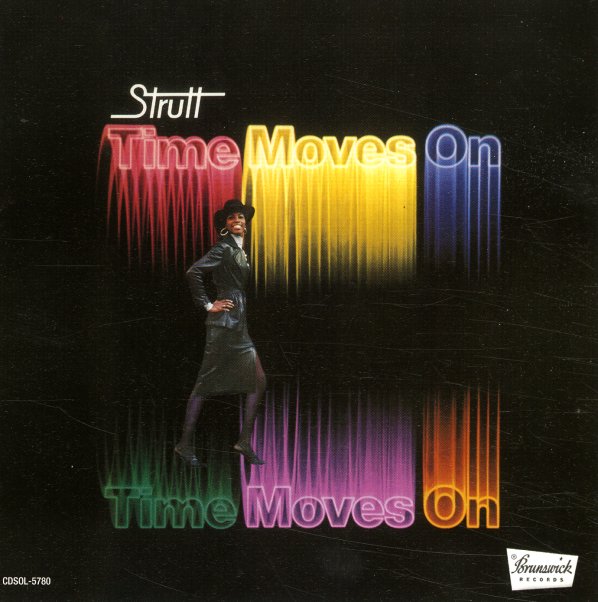 Part funk, part disco, and all the way soul – served up in this one and only album from Strutt! The group were an obscure New Jersey combo from the 70s, but they step out beautifully on this rare Brunswick album – which has the same sort of funk club groove you'd find on a few of the label's other gems from this late period – like work by Tony Valor or Marilyn Farra & Satin Soul! All cuts have vocals, but the real strength of the group lies in their funky combo backings – an approach that's really honed to a "t" here, in a style that shows that the best early club music always had plenty of live, spontaneous instrumentation in the mix! Willie Bridges turns in a few great sax solos on the set – and titles include "Funky Sign", "Funky Baby Feet", "We've Come A Long Way Baby", "Said You Didn't Love Him", "If Wishing Made It So", "Time Moves On", and "Front Row Romeo" – in both vocal and instrumental versions.  © 1996-2021, Dusty Groove, Inc.