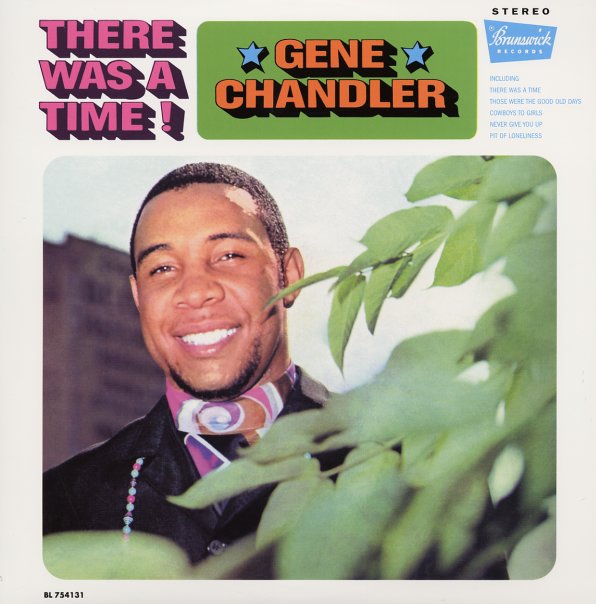 There Was A Time (with bonus tracks)

A soaring, burning set from Gene Chandler – completely different than his early hits, and a key point in the transformation of Chicago soul in the 60s! Gene's always had a heck of a great vocal range – and he really gets a chance to use it to best effect on this album of jaunty and groovy little tracks – tunes that bounce around with that majestic Chi-soul style of the late 60s, all produced to perfection by the great Carl Davis! The sound is sublime – a pulling together of so many different strands into one bold, proud sound – sophisticated yet soulful, and with a rhythmic component that really sets the album apart from the pack. And even when Gene's singing tunes that you may know from other singers' hits, he does a tremendous job of transforming them – recasting them into his more mature groove, and managing to funky them up in ways we wouldn't expect! Evidence to this is the album's great version of James Brown's "There Was A Time" – which is followed by loads of other great cuts, including "Cowboys To Girls", "Fooling Around", "Pit Of Loneliness", "Never Gonna Give You Up", and "Laughter To Tears". CD features lots of bonus tracks too, all duets with Barbara Acklin – including "Love Won't Start", "From The Teacher To The Preacher", "Show Me The Way To Go", "Anywhere But Nowhere", "Little Green Apples", and "Will I Find Love"  © 1996-2022, Dusty Groove, Inc.