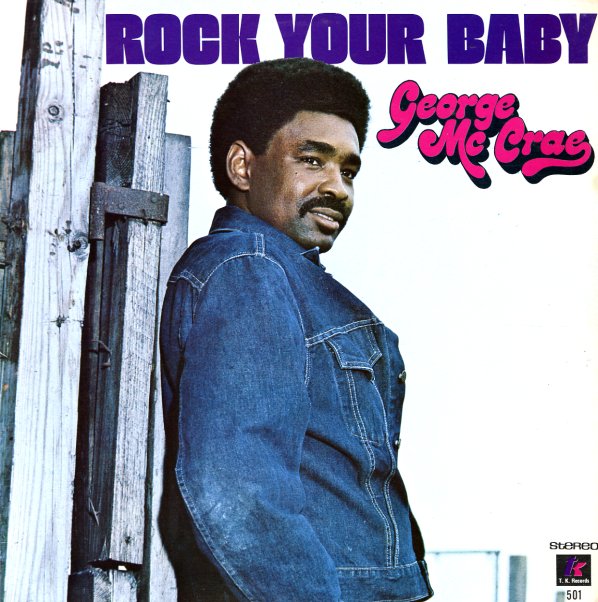 Rock Your Baby (with bonus tracks)

The record that forever put George McCrae on the map – and a crossover bit of Miami soul from the 70s with all the key elements of the TK sound firmly in place! George's vocals are nicely flanged out in that cool production mode that TK was using with its big acts of the time (an approach that was perfect for AM radio, by the way) – the backings of the tunes have the chugging electric rhythms shared by Timmy Thomas and other acts at the label, spiced up by a bit more warm guitar to give the record a deeper southern soul vibe. The record features a 6 minute version of George's super-huge hit "Rock Your Baby", plus a "Rock Your Baby Reprise" – and it's also got a great little version of "I Get Lifted", one of those Miami funk classics that sounds great no matter who does it! Other tracks include "Look at You", "Make it Right", and "I Can't Leave You Alone". CD features bonus cuts – single versions of "Rock Your Baby" and "Look At You".  © 1996-2022, Dusty Groove, Inc.

Ten Percent (with bonus tracks)
Salsoul/Ultra Vybe (Japan), 1976. New Copy
CD...$13.99 (LP...$11.99)
A wonderful album – one of those underground classics that seems to show up in everyone's record collection, even though it was never a huge chart hit. Double Exposure are part of the "second wave" of east coast vocal groups – and like their contemporaries, they mix the sweet ... CD