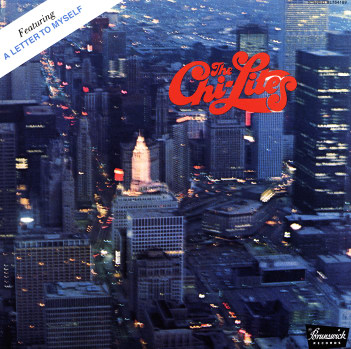 Perhaps the most heavenly of all the Chi-Lites albums, with soaring harmonies leaping all over beautiful Chicago soul production, and loads of great heartbreaking stories unfolding as the whole thing spins away! A true masterpiece from the Chicago scene – and filled with loads of wonderful moments that almost seem to be the group's answer to some of the growing wave of harmony soul coming from the east coast at the time. Includes the excellent title track, plus "Just Two Teenage Kids", "Too Late To Turn Back Now", "Someone Else's Arms", "You Smiled The Same Old Way", "My Heart Just Keeps On Breakin'", and "Love Comes In All Sizes". Nice cover, too, with a skyline shot of Chicago around the same time that Bob Newhart was working there as a shrink!  © 1996-2022, Dusty Groove, Inc.

Expressway To Your Skull/Electric Church/Them Changes/We Got To Live Together
Mercury/BGO (UK), Late 60s. New Copy 2CD
CD...$16.99 22.99
Four heavy classics from Buddy Miles – all together in a single set! First up is Expressway To Your Skull – a super tripped-out blend of rock, funk, and soul – easily one of Buddy Miles' most mindblowing albums – and a classic that never lets up at all! Buddy's leading the ... CD