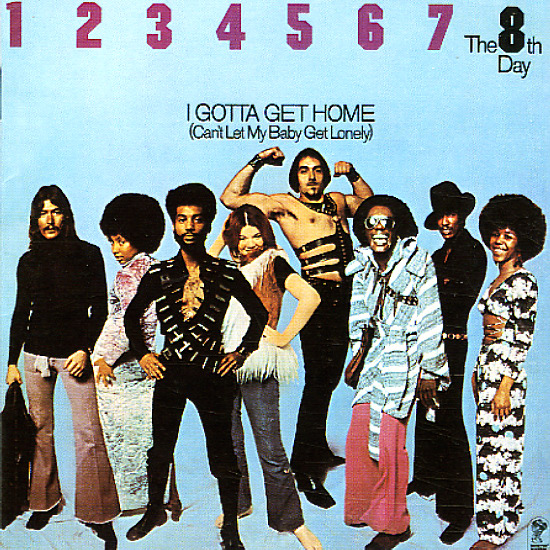 A nicely complicated little record – and one of the funkiest albums on the legendary Invictus label! The 8th Day group was a loosely-conceived batch of Detroit soul talents designed to cash in on a concept of the Holland-Dozier-Holland team – and they weren't just a studio project, as they included some wonderful talents that could make some great music when they wanted to! One of these was the amazing Detroit organist Lyman Woodard – who contributed the fantastic track "Cheba" to the album, an incredible organ groover that's unlike anything you've ever heard, rolling on with this pinched Hammond sound over congas, all-instrumental, and completely seductive! Another was Melvin Davis, who had recorded the song "Good Book" as a solo artist – but which was released here as if it was by the group. There's also a great guitarist in the group – unnamed due to the lack of liner notes – but who really shines on the funky tracks "Anythang", "Rocks In My Head", and "Heaven Is There To Guide Us", all with a fuzzed-out Detroit 70s groove! CD features the bonus tracks "Just As Long (single)", "I'm Worried (single)", "It's Instrumental To Be Free", and "You Made Me Over".  © 1996-2022, Dusty Groove, Inc.