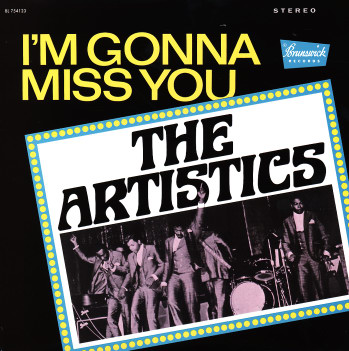 A really breakout moment for The Artistics – and the start of a really sublime run with the great Brunswick Records! The group had already broken a bit on Okeh a few years before – securing a top spot on the Chicago scene with their bouncy northern soul groove – a love of rhythm that made them as much a favorite on dancefloors as they were with fans of harmony soul. But on this sweet set, things come together even better than before – thanks to strong leads by singer Marvin Smith, who brings a real sense of personality to the group's harmonies – and wonderful Brunswick studio help that includes Sonny Sanders arrangements and Carl Davis production. The whole thing's wonderful – and tracks include the hit "I'm Gonna Miss You", plus "On & On", "Sweeter Than Sugar", "Hope We Have", "Girl I Need You", "You're Wonderful", and "Love Song". CD features a great bonus track – "The Chase Is On".  © 1996-2022, Dusty Groove, Inc.