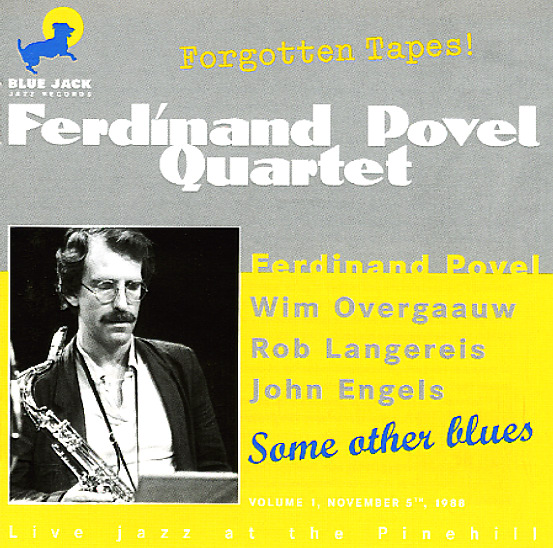 Great work as a leader from reedman Ferdinand Povel – a player who's sparked up some great moments on albums by other players over the years, but who hardly ever records as a boss on his own! This set's a "forgotten tape" – recorded in the late 80s, but only issued recently – and it features Povel both on tenor and soprano sax, playing with an angularly expressive tone that even makes familiar standards sound fresh – working with players who include Wim Overgaauw on guitar, Rob Langereis on bass, and John Engels on drums. The mix of guitar and saxophone is pretty lively on the upbeat numbers – especially in the way that Wim uses these sustained notes that almost ring out like an organ – and titles on the set include "Workout", "Some Other blues", "Mr Syms", "Old Folks", "UMMG", and "Waltz New".  © 1996-2021, Dusty Groove, Inc.
(Part of the "Jazz Premium Seats – Rare Jazz – Live & Sessions" series!)