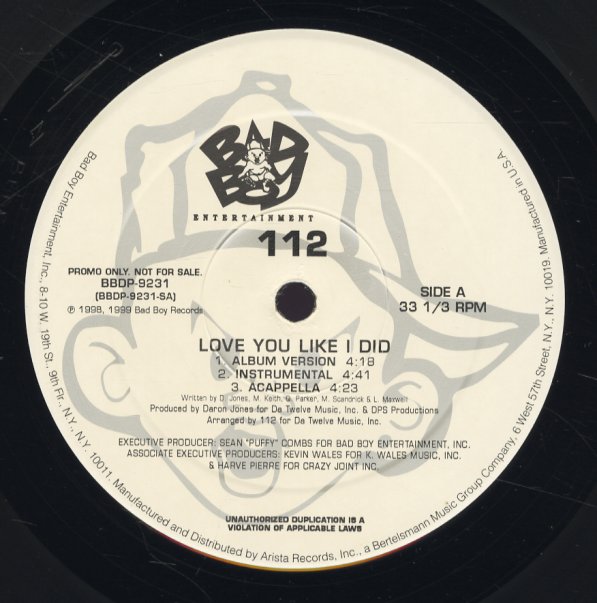 Featuring Lil Kim on "Only One".
(Promo in a Bad Boy sleeve.)