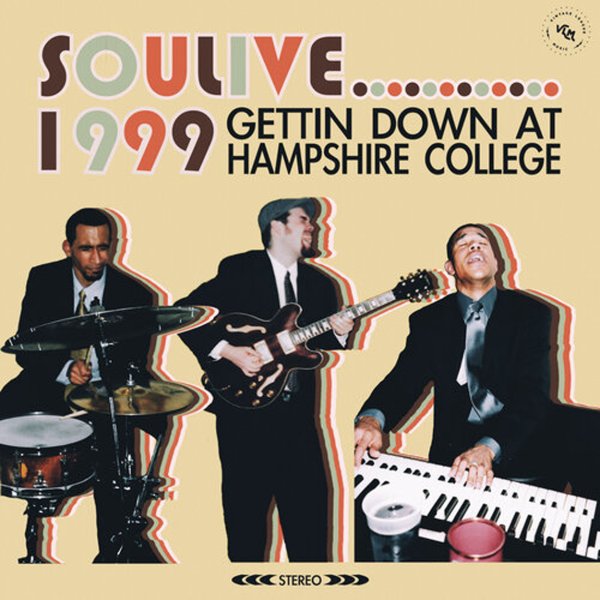 Soulive 1999 – Getting Down At Hampshire College

A great slice of work from Soulive – material recorded live, right in the early days of the group – and with an open, long-jamming vibe that's a nice difference from some of their tighter studio tracks! As you can tell from the cover, the group's a lean trio with Neal Evans on organ, Eric Krasno on guitar, and Alan Evans on drums – and here, they maybe echo more of an old school Hammond mode than in later years – a great Prestige Records 60s inspiration that these guys carry off very well, with plenty of long guitar and organ solos – on extended tunes that include "Turn It Out", "Doin Something", "Azucar", and "Steppin".  © 1996-2021, Dusty Groove, Inc.