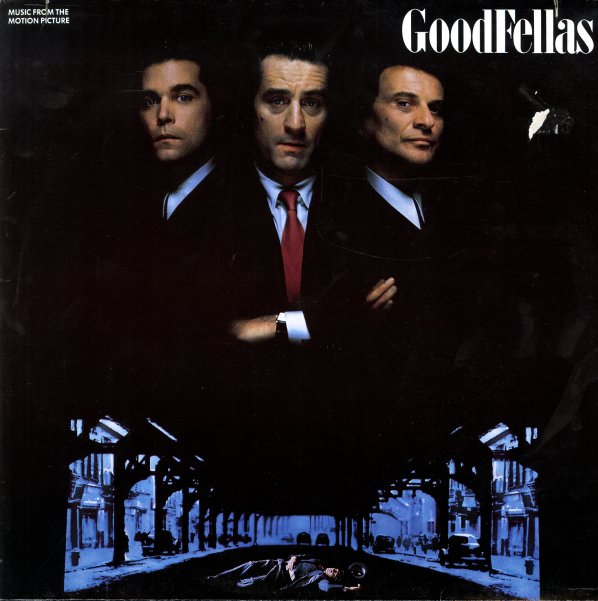 Director Martin Scorcese has always had a great way with music, but maybe one of his crowning achievements in that respect is the soundtrack for the movie GoodFellas – a set of songs that really sets the scene for key moments in the story, and instantly evokes both the time and spirit of the narrative! Most tracks on the record are from the 50s and 60s – in modes that include rock, soul, pop, and doo wop – key cuts chosen by Scorcese that really fit together wonderfully – and which maybe make the record a special look at the past, but seen through the filter of the mob on Long Island! Titles include "Look In My Eyes" by The Chantels, "Stardust" by The Dominoes, "Beyond The Sea" by Bobby Darin, "Sunshine Of Your Love" by Cream, "Mannish Boy" by Muddy Waters, "Layla (piano exit)" by Derek & The Dominos, "Rags To Riches" by Tony Bennett, "Baby I Love You" by Aretha Franklin, "Remember" by The Shangri-Las, "Sincerely" by The Moonglows, and "Speedoo" by The Cadillacs.  © 1996-2021, Dusty Groove, Inc.