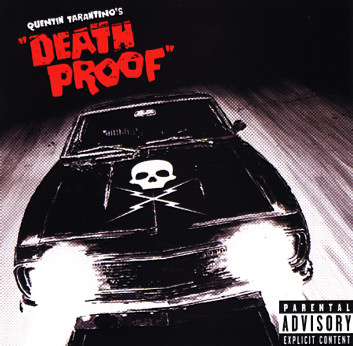 There's few big directors we'd trust with a compilation soundtrack as much as Quentin Tarantino – and once again, the Q's shown us that his knowledge of older music runs as deep as his talent for directing a fresh image on the screen! The package here is made up of older rock, soul, and soundtrack bits from the 60s and 70s – sweet pop next to heavy guitars next to deeper soul numbers – all in a way that makes even the familiar tunes sound somehow darker than before in this new company! There's a few snippets of dialogue from the film on the disc – but not too many to get in the way – and titles include "Sally & Jack" by Pino Donaggio, "Hold Tight" by Dave Dee Dozy Beaky Mick & Tich, "Jeepster" by T Rex, "The Love You Save" by Joe Tex, "Baby It's You" by Smith, "The Last Race" by Jack Nitzsche, "Paranoia Prima" by Ennio Morricone, "Staggolee" by Pacific Gas & Electric, "It's So Easy" by Willy DeVille, "Down In Mexico" by The Coasters, "Good Love Bad Love" by Eddie Floyd, and "Riot In Thunder Alley" by Eddie Beram.  © 1996-2021, Dusty Groove, Inc.
(Limited edition tri-colored vinyl pressing!)