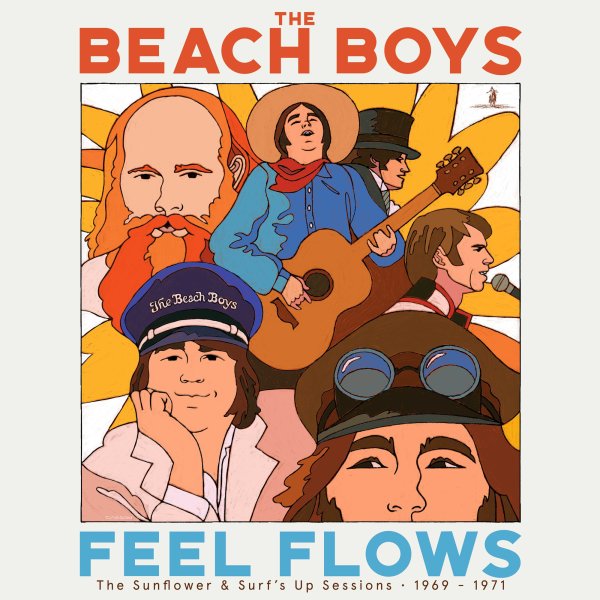 A fantastic collection of work from The Beach Boys – a set that features two of our favorite albums from the group, plus lots of unreleased rare material! Sure, we love Pet Sounds and Smile – but year after year, we keep on finding new musical magic in the records Sunflower and Surf's Up – both done at a time when the group were grappling with the realities of adult life, changing cultural modes, and their own sense of mortality, both as human beings and pop stars. There's a wonderfully collaborative feel to the music here – all the other group members bringing a lot to the table, not just Brian – and that sensibility is so different than the earlier years of the group, and even different than the Brian-led moments of the mid 60s. If you've not heard these records, you'll be stunned – and if you love them as much as us, you'll love to hear all the bonus material included within! 2CD set features newly remastered versions of the albums Sunflower and Surf's Up – plus 23 bonus tracks that include "Loop De Loop (1969 mix)", "Susie Cincinnati (2019 mix)", "Two Can Play (2019 mix)", "I Just Got My Pay (2019 mix)", "Where Is She (2019 mix)", "This Whole World (alt ending)", "When Girls Get Together (2019 mix)", "Back Home (alt version)", "Add Some Music To Your Day (alt version)", "Good Time (2019 mix)", "It's A New Day", "Disney Girls (live 1982)", "Surf's Up (live 1973)", "Disney Girls (backing vocals excerpt)", "You Need A Mess Of Help To Stand Alone (track & backing vocals)", "All Of My Love/Ecology", "Sweet & Bitter", "My Solution", "Awake", "Behold The Night", "Live Again (extended 2019", "4th Of July (2019 mix)", and "Lady (1970 stereo mix)".  © 1996-2022, Dusty Groove, Inc.

Who Sell Out (2CD version – with bonus tracks)
Polydor/Geffen, Late 60s. New Copy 2CD
CD...$19.99 21.99 (CD...$3.99)
An incredible album – and one of the most revolutionary rock albums of the late 60s! The Who recorded this one as a tribute to mainstream radio at the time – linking together some solid stand alone tunes with shorter, wittier tracks that were recorded as commercials for products that ... CD