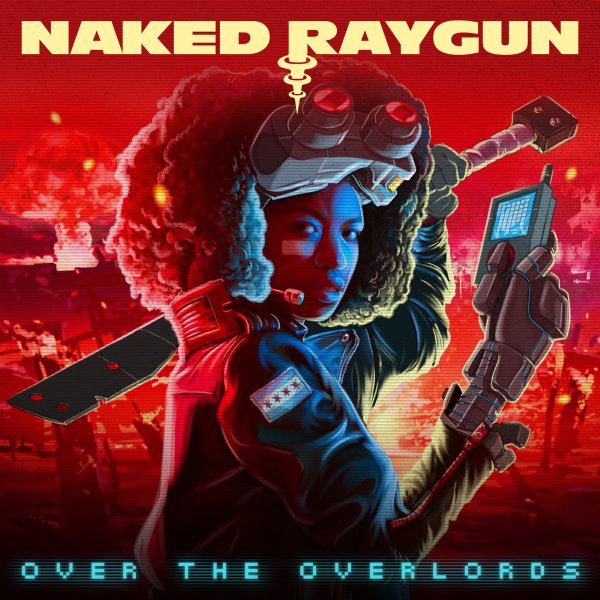 Over The Overlords (red vinyl pressing)

The first record in many many years from Chicago legends Naked Raygun – but a set that makes us feel like we're still with the group back in the days when they had all their best qualities fully intact! The interplay between blistering guitar lines and anthemic lyrics is fantastic – focused with that energy that not only set the group apart from so many of their contemporaries, but which also maybe left a special sort of midwestern imprint on the music – qualities that still shine brightly throughout! If you have any doubts at all that the group's still got what it takes, then put those aside and dive right into the kind of set you would have treasured back in the 80s – still sounding somehow as urgent and important all these many years later. Titles include "Broken Things", "Ode To Sean McKeough", "Farewell To Arms", "Soul Hole Baby", "Living In The Good Times", and "Treat Me Unkind".  © 1996-2021, Dusty Groove, Inc.
(Red vinyl limited to 1500 copies.)

Love's Secret Domain (30th anniversary edition – amber vinyl pressing)
Wax Trax, 1991. New Copy 2LP (reissue)
LP...$37.99 40.00
A really surprising set from Coil – a record that has the group sticking strongly to their roots as a more experimental industrial act, at a time when so many of their contemporaries from that scene were just heading for the dancefloor! Make no mistake, there's still plenty of groove-oriented ... LP, Vinyl record album

St Radiguns
B & C/Long Hair (France), 1971. New Copy Gatefold (reissue)
LP...$29.99 34.99
The debut album from one of the most unique groups of their generation – a group who were partway between acid folk and proggy rock – yet with qualities that were also uniquely their own as well! The group were equally at home with acoustic and electric instruments – but play ... LP, Vinyl record album