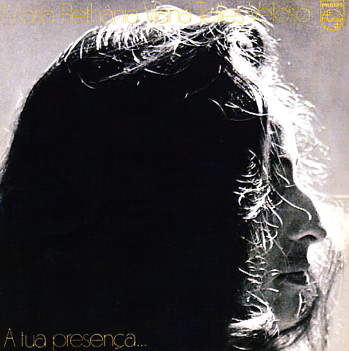 Wonderful early work from Maria Bethania – an album that's put together with a very sophisticated sound, and a really powerful feel overall! The orchestrations are relatively baroque – sometimes using strings in odd ways, other times bringing in bits of voices – all very much in keeping with the genius that was brewing at the time in albums by Gal Costa or Nara Leao. And oddly, the backings for the album are not credited at all – save possibly to Manoel Barenbein, who's listed as the director of the production – and we're guessing that Maria had a good deal to do with the overall sound of the set, not just the vocals! Titles include a wonderful groover called "Mano Caetano", done as a duet with Jorge Ben, and very much in Ben's best style from the time – and other tracks include "Janelas Abertas No 2", "Jesus Cristo", "Que Me Dera", "Folha Morta", "Mariana, Mariana", and "A Tua Presenca Morena".  © 1996-2022, Dusty Groove, Inc.