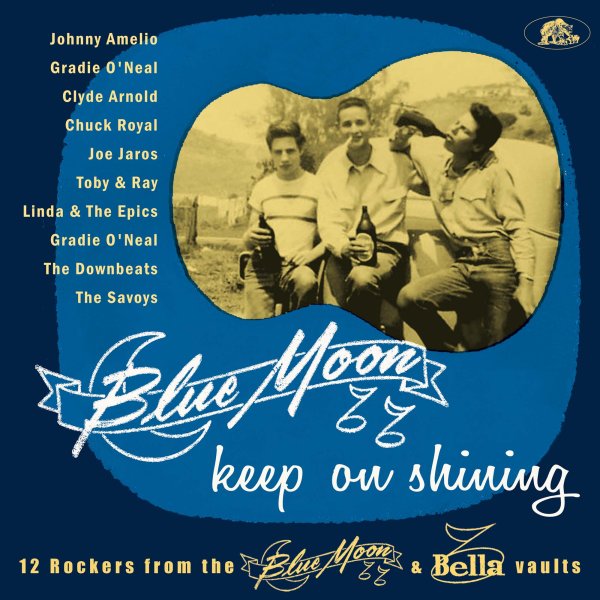 Rare sounds from the South Bay scene – completely rare singles from two tiny labels both owned by the same guy – Blue Moon and Bella Records, each of which issued only a handful of records apiece! Yet despite that fact, there's a rock-solid quality here that maybe matches some of the best indies of the Tennessee and Louisiana scenes of the time – served up with a similar ear for twang-heavy groups that maybe still have a bit of the hillbilly left in their sound, somewhere in the background – but who are definitely rockers right up front! The package is great – a very cool 45rpm 10" piece of vinyl – and a big booklet of notes and photos about the artists and the label – with titles that include "Bon Bom Baby" by Joe Jaros, "Bom Du Wa" by Toby & Ray, "The Mortal Monster Man" by The Savoys, "You're Like A Butterfly" by Chuck Royal & The Sharpsters, "Jugue" by The Downbeats, "Gonna Be Loved" by Linda & The Epics, "Turkey Neck Stretch" by Gradie O'Neal & The Bella Tones, "I've Got A Baby" by Clyde Arnold & The Sharps, and "Jo Ann Jo Ann" by Johnny Amelio.  © 1996-2021, Dusty Groove, Inc.