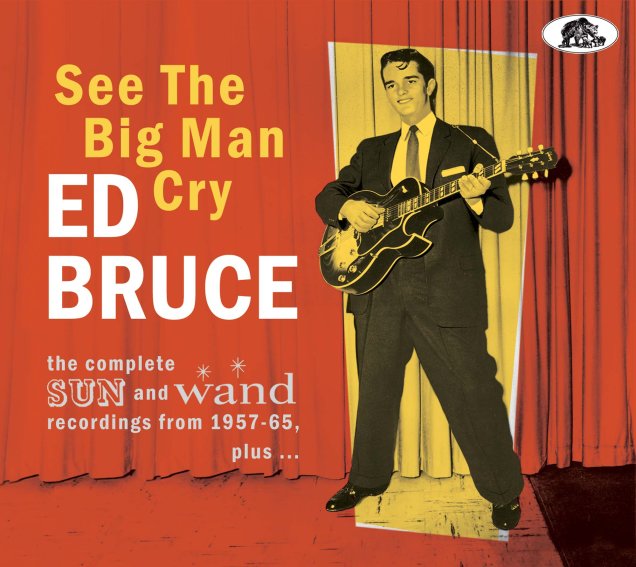 Ed Bruce is a cat that most folks know from his work as an actor, or his 70s country recordings – but he got his start way before that, as you'll hear on these wonderful cuts from the late 50s and early 60s – including a host of unissued material from the Sun Records archives, and some pretty obscure singles for the Wand Records label too! There's a nice shift going on in the space of these recordings – early work that has the unbridled rawness of the Sun rockabilly years, moving into some of the more careful phrasing that would mark Ed's later hits – but still with a nice edge at the core – perfect for the deep blueness that makes the Wand singles so great. The package is as great on the inside as it is on the out – lots of excellent Bear Family notes and photos – and the set features 30 tracks in all, including "I'm Gonna Have A Party", "See The Big Man Cry", "You Come To Me", "Baby That's Good", "King Of Fools", "Alone With A Broken Heart", "Flight 303", "Spun Gold", "He Gave Her To Me", "The Greatest Man", "Doll Baby", "Part Of My Life", "Sweet Woman", and "Unbreakable Heart".  © 1996-2021, Dusty Groove, Inc.