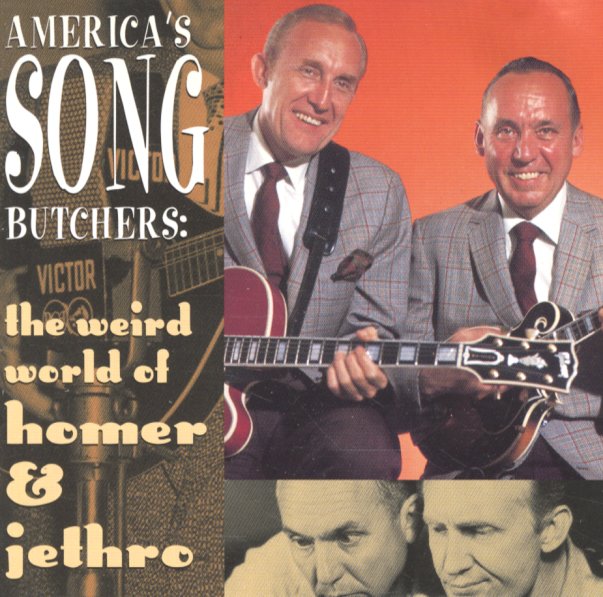 Genius work from Homer & Jethro – a duo who hid behind a goofy hillbilly image, but who could play small combo string music with the best of their generation!  © 1996-2021, Dusty Groove, Inc.
(Out of print.)

Stratosphere Boogie – The Flaming Guitars Of Speedy West & Jimmy Bryant
Razor & Tie, Early/Mid 50s. Used
CD...$6.99
Speedy West may be the greatest pedal steel slinger in the history of the instrument, and together with ace guitarist Jimmy Bryant they bridged the gap between the 50s Western swing of Bob Wills and the soon to arrive Sun Records sound with their pioneering country-jazz instrumentals. This is ... CD

You Used To Think
ESP, 1968. Used
CD...$9.99
Some pretty wild folk jazz psychedelia from Erica Pomerance – a poet, film documentarian, and who'd a guessed it, also an inspired and wholly unique singer/songwriter/performer – at least on this excellent late 60s set! The group of musicians she was able to put together is a big part ... CD