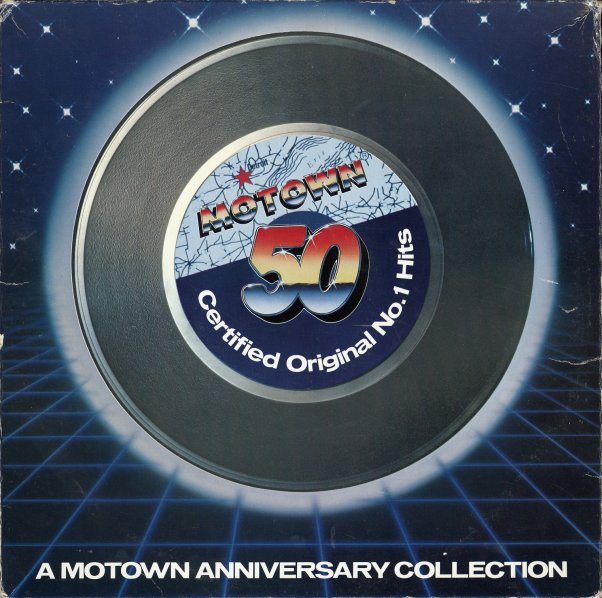 A collection of 50 #1 hits on Motown by artists that include Martha Reeves & The Vandellas, The Miracles, Stevie Wonder, Thelma Houston, Diana Ross & The Supremes, Edwin Starr, The Marvelettes, Marvin Gaye, Tammi Terrell, The Jackson 5, Eddie Kendrics, Mary Wells, Junior Walker & The All Stars, Four Tops, The Temptations, Commodores, and Gladys Knight & The Pips.  © 1996-2021, Dusty Groove, Inc.
(80s issue. Box has some edge wear and the fastener portion on back shows some use.)