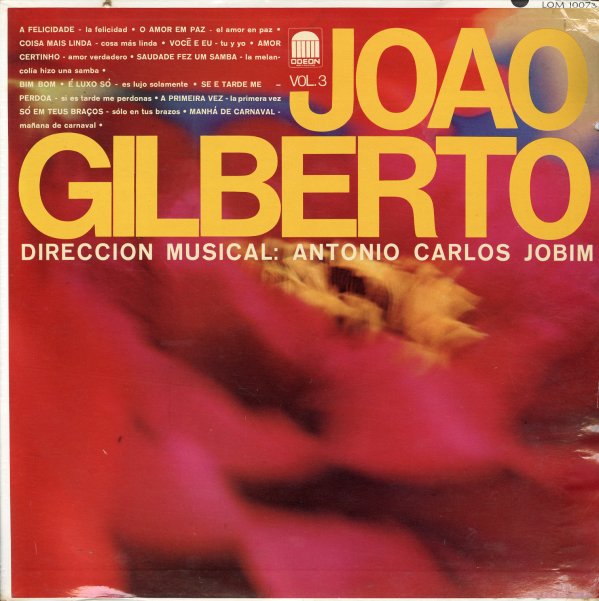 An unusual issue of sublime early work from bossa genius Joao Gilberto – served up with arrangements from Antonio Carlos Jobim, and titles that include "Se E Tarde Me Perdoa", "So Em Teus Bracos", "A Primeira Vez", "Manha De Carnaval", "Saudade Fez Um Samba", and "Amor Certinho".  © 1996-2021, Dusty Groove, Inc.
(Bottom cover seam has a bit of splitting, and a very light stain in one corner – and side has a cutout mark – but cover is nice overall.)

Wilson Simonal
Odeon (Mexico), Late 60s. Very Good+
LP...$29.99
Killer work from Wilson Simonal – a singer who brought plenty of soul to his samba! Simonal's got a groove that's somewhere in the territory of early work by Jorge Ben – upbeat, lively, and filled with joy – lots of very groovy rhythms that draw from samba roots, but inflect the ... LP, Vinyl record album