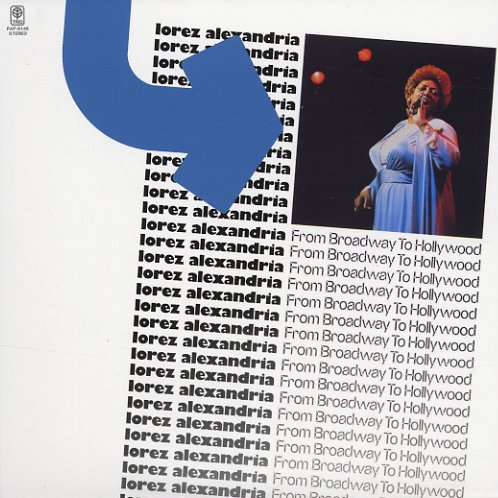 An ultra-hip record from Lorez Alexandria – one of her grooviest albums ever, and a set that was only ever issued in Japan! The set features Lorez hitting some of the hippest, most rhythmic modes of her career – working with jazzy backing arranged by Gildo Mahones and Art Hillery, filled with soul and spirit, and really inspiring Lorez to hit those snapping sort of grooves that make her best tracks so great! Titles include her classic take on "Send In The Clowns" – a real jazz dance classic that goes far beyond its roots – plus the titles "Maybe This Time", "Where Is Love", "Change Partners", "One", "Come Sunday", "Bright Lights & You", and "You Leave Me Breathless".  © 1996-2022, Dusty Groove, Inc.

Where You At?
Enja/Ultra Vybe (Japan), 2002. New Copy
CD...$16.99
A beautiful return to form for singer Karin Krog – one of our favorite jazz vocalists ever! The album's got Karin singing to arrangements and backing from pianist Steve Kuhn, a wonderful talent for a set like this, and a songwriter who's contributed some really wonderful tunes to the ... CD