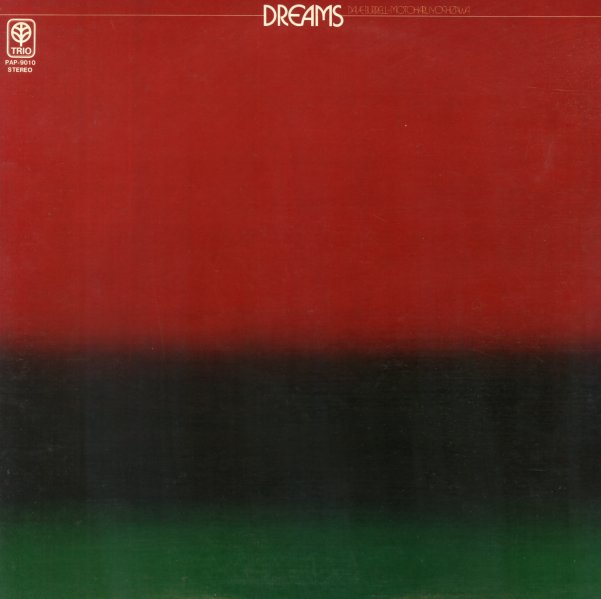 If you've ever doubted the genius of pianist Dave Burrell, this may well be the record to push you over the top – as the album captures Burrell at the height of his power, at a time when he was very much in a long-form, incredibly dynamic mode of improvisation – equal maybe to the greatness of Cecil Taylor during the same time! Yet Burrell can also balance his moods and modes, too – so that one of the album's long numbers, he's completely on fire – whereas on the other he's got a much more spacious sense of improvisation – really waiting and sounding things out, with superb accompaniment from bassist Motoharu Yoshizawa on both selections. Yoshizawa has this incredible boldness on the fast, free tune "Red/Black" – then comes at his instrument in a completely different way on the moodier, more contemplative "Green/Day Dream".  © 1996-2022, Dusty Groove, Inc.

So In Love
Trio/Ultra Vybe (Japan), 1978. New Copy
CD...$13.99
A fantastic record from jazz harmonica player Donald Bailey – maybe one of the few we've ever seen with his name in the lead, and a set that shows that he can easily rival some of the greats on his instrument at the time! The vibe of the set is a bit like some of the best jazz dates from ... CD