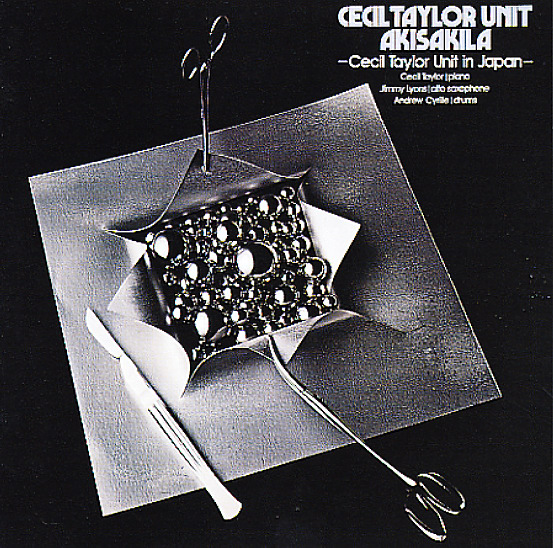 A classic Cecil Taylor set from the 70s – a record only issued in Japan, but one that grew to have a reputation as one of his strongest live performances from the time! The group here is amazing – that boundless Taylor energy on the piano, matched perfectly by the free drumming of Andrew Cyrille and alto of Jimmy Lyons – both wonderful musicians on their own, but partners who really soar here in the company of Cecil – maybe in a way that no other musicians could at all! In fact, the three-part energy of the trio might well be one of the key moments in free improvisation – at least for its time – and you'll hear them come together magically, as they work their way through a double-length continuous performance of one number – "Bulu Akisakila Kutala" – all at an energy level and freeness that pushes the Taylor trio out even farther than its explorations of the 60s, with an intensity that never lets up throughout the entire set!  © 1996-2021, Dusty Groove, Inc.