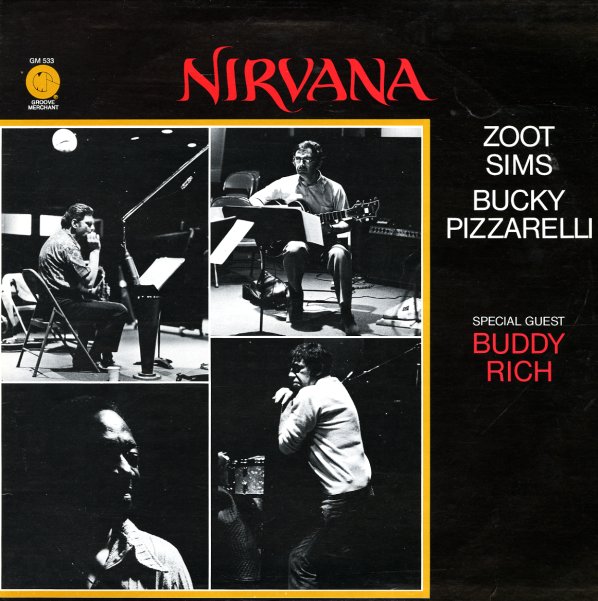 A really beautiful later album from Zoot Sims – one that might easily be overlooked, given its understated appearance on a sometimes-cheap label – but a record that really helps Zoot find whole new magic for the 70s! The date's nice and laidback – with great guitar from Bucky Pizzarelli, who himself is really a cut above here – a master of chromes, balancing out the sharply raspy tone that makes Sims' tenor so fantastic – with subtle but strong accompaniment on bass by Milt Hilton, and nicely restrained work by Buddy Rich on drums! The feel is maybe like some of Zoot's work on Pablo, but hipper too – and titles include "Memories Of You", "Summerset", "A Summer Thing", "Somebody Loves Me", and "Nirvana".  © 1996-2021, Dusty Groove, Inc.