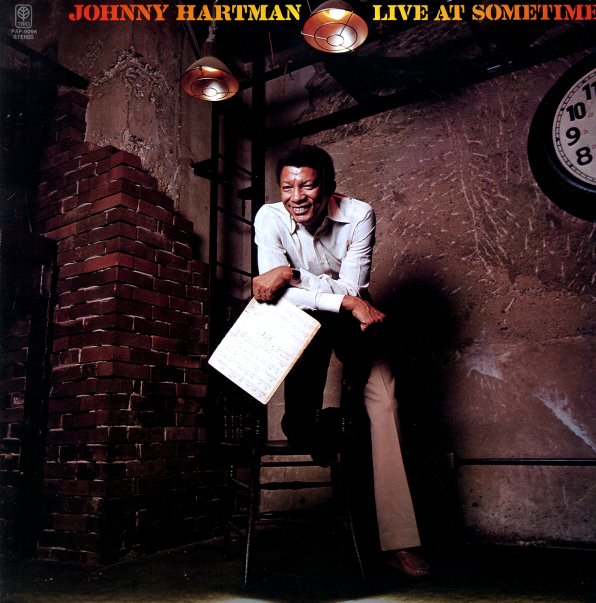 A rare 70s album from the legendary Johnny Hartman – a singer who recorded famously on our shores during the 60s, then had a much more obscure run of records in the following decade! The performance is live, a really intimate set that features Rolland Hanna on piano and George Mraz on bass – both wonderfully sensitive accompanists to the maturing style of Hartman's vocals – maybe even more expressive than on his famous records, but at a level that's more sophisticated too! The tunes are handled with great care, and the lack of any drums really allows a strong focus on Johnny's voice – on titles that include "Summertime", "On A Clear Day", "The Way We Were", "Little Girl Blue", "Sometimes I'm Happy", and "Send In The Clowns".  © 1996-2021, Dusty Groove, Inc.