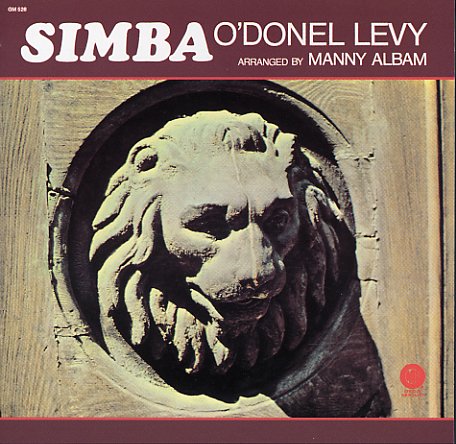 Fantastic sounds throughout – and maybe the best album ever by this legendary 70s guitar player! O'Donel Levy's got this tremendous sound that comes from playing an electric hollow body – in a tone that takes the best bits of Grant Green and Wes Montgomery, and strips them down for a hipper, badder 70s sort of mode. The album's got some great blackploitation-esque arrangements by Manny Albam, and O'Donel's groove is nice and lean as he snakes over the top of the record in some very soulful solos! Lots of cool grooves, and titles include "Joni", "Nigerian Knights", "Bad, Bad, Simba" and "Sad, Sad, Simba".  © 1996-2021, Dusty Groove, Inc.

Windows
Groove Merchant/Ultra Vybe (Japan), 1976. New Copy
CD...$13.99
A great later album from O'Donel Levy – recorded after his initial flurry of work for the Groove Merchant label, but still plenty darn nice! The sound here is slightly smoother and a bit more electric than before – with Levy's sweet guitar work snaking out over some larger backings ... CD

Everything I Do Gonna Be Funky
Groove Merchant/Ultra Vybe (Japan), 1974. New Copy
CD...$13.99
The butt-squeezing cover should be enough to let you know that this is one funky album – but if that doesn't get the message across, the grooves certainly do! O'Donel Levy plays tight and funky guitar, and also sings a bit on the set – working with a tight combo that features Charles ... CD

Breeding Of Mind
Groove Merchant/Ultra Vybe (Japan), 1972. New Copy
CD...$13.99
Wonderfully baroque funk from the great O'Donel Levy! The album's got some very cool arrangements by Manny Albam that mix together strings and funk – in a super-dope way that sounds a lot like the work coming out of Cadet during the late 60s – and the rest of the set features Levy ... CD