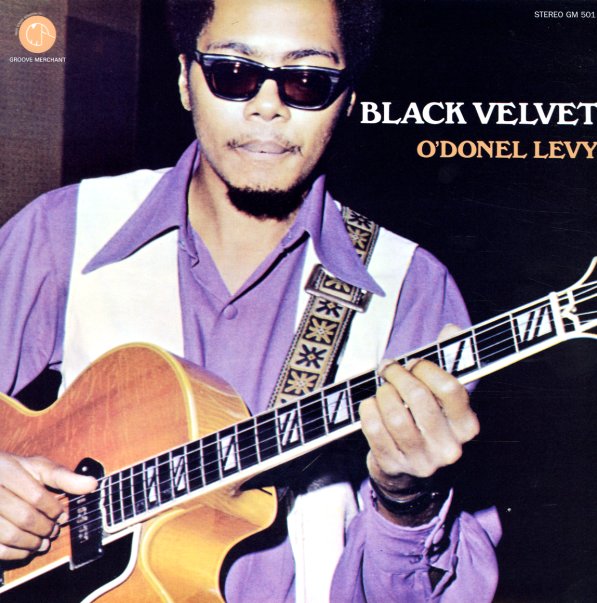 A stone laidback set from O'Donel Levy – one of the greatest soul jazz guitarists of the 70s, and a player who sounds fresher and fresher to us over the years! This album's a bit more laidback than some of Levy's other sets for Groove Merchant – with larger arrangements that feature Charles Covington on electric piano and organ, Fats Theus on tenor and flute, and Billy Skinner on trumpet – but the approach actually works well, as the slow-moving tracks trip out over a lot of space, giving O'Donel plenty of room to craft his uniquely spacious and chromatic solos. Titles include versions of "Watch What Happens", "Love Story", "Call Me", "You've Made Me So Very Happy", and "Didn't I Blow Your Mind This Time", plus the originals "Granny" and "Nature's Child", both of which have a nice little groove!  © 1996-2021, Dusty Groove, Inc.

Windows
Groove Merchant/Ultra Vybe (Japan), 1976. New Copy
CD...$13.99
A great later album from O'Donel Levy – recorded after his initial flurry of work for the Groove Merchant label, but still plenty darn nice! The sound here is slightly smoother and a bit more electric than before – with Levy's sweet guitar work snaking out over some larger backings ... CD

Everything I Do Gonna Be Funky
Groove Merchant/Ultra Vybe (Japan), 1974. New Copy
CD...$13.99
The butt-squeezing cover should be enough to let you know that this is one funky album – but if that doesn't get the message across, the grooves certainly do! O'Donel Levy plays tight and funky guitar, and also sings a bit on the set – working with a tight combo that features Charles ... CD