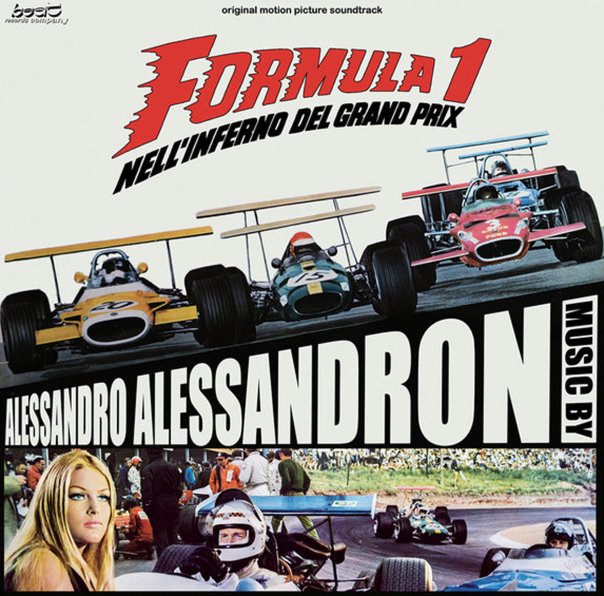 One of the grooviest racing soundtracks we've ever heard – a set that's a lot more funky than some of the better-known racetrack film scores that were coming into the racks during the late 60s! The vibe here is almost a bit like some of the sound library material of Alessandro Alessandroni – lots of great melodic elements, wrapped around rhythms that are nice and slinky on the slower moments, and downright funky on the faster ones – mostly instrumental, but with just a bit of vocals at points from I Cantori Moderni – that very cool harmony group that Alessandroni used on many recordings. The instrumentation is never too complex, and the focus feels more small combo than some of the larger orchestrations on Italian scores at the time – served up here in an assortment of 17 tracks from the film!  © 1996-2022, Dusty Groove, Inc.