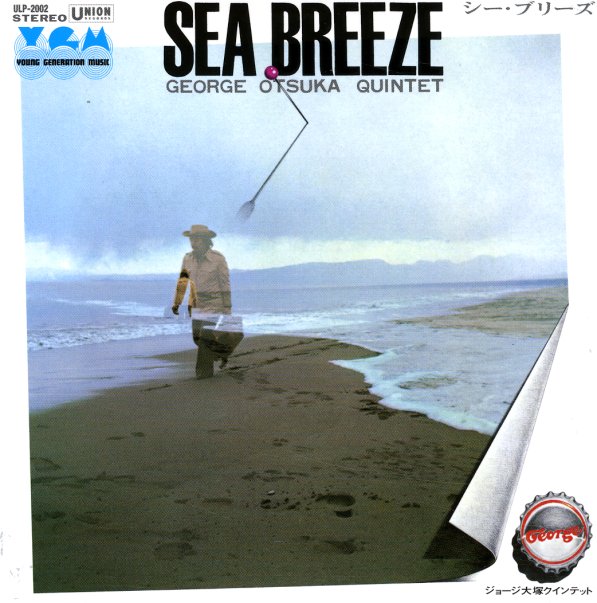 Part of a great move forward for Japanese drummer George Otsuka in the 70s – a player who'd really made some great waves with his trio material at the end of the 60s, but who found a way deepen his groove with a larger group on records like this – really standing out as one of the most spiritual players on his scene at the time! The players are all in Japanese, so we can't tell you their names – but the quintet feature an excellent reedman who blows both soprano sax and tenor, a deep-voiced trumpeter, and a pianist who also serves up a fair bit of Fender Rhodes too – both elements used in a really strong way over these long tracks on the set, which have a similar blend of soul and spirit as the best Japanese Columbia jazz sessions of the time. Otsuka's bolder than ever before – especially as the album moves on – and titles include "Sea Breeze", "Jumping Cats", "Potato Chips", and "Cannibal".  © 1996-2022, Dusty Groove, Inc.