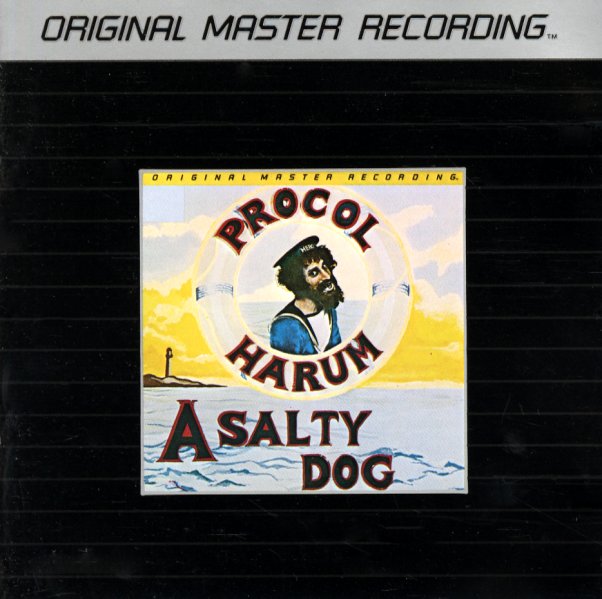 Maybe our favorite album from Procol Harum – a set that adds in some wonderful use of strings to the group's unique style – almost moving forward on the promise of the earlier single "Whiter Shade Of Pale", moving into much deeper territory overall! There's something about Procol Harum on their early album's that's really indescribable – certainly an influence from blues and roots, but this really striking step forward with their song ideas and overall construction – not into jamming or progressive modes, like some of their contemporaries – although they're certainly never afraid to rock – but almost this balance between personal poetry and brashness, with kind of a slightly creepy current at times – as illustrated beautifully by the image on the cover. Titles include the completely wonderful "A Salty Dog", p0lus "Wreck Of The Hesperus", "Boredom", "The Devil Came To Kansas", "Too Much Between Us", "All This & More", and "The Milk Of Human Kindness".  © 1996-2021, Dusty Groove, Inc.
(Out of print.)

Joe Cocker! (1969) (with bonus tracks)
A&M, 1969. Used
CD...$14.99
A landmark album from Joe Cocker – and a set that took blue-eyed soul in a whole new direction at the end of the 60s! The album's a surprising stunner all the way through – one that really gets past some of the overdone Cocker cliches that held on a bit too strongly in later years ... CD