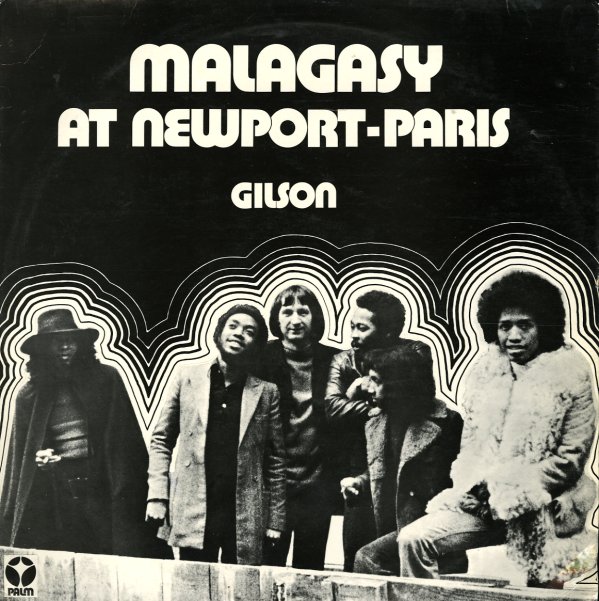 An incredible live performance from French pianist Jef Gilson and his groundbreaking Malagasy combo – a group of musicians from Madagascar, exiled in Paris – working here with Gilson on some really amazing sounds! The record is definitely jazz a the core – thanks to plenty of Fender Rhodes from Jef and strong tenor solos from Del Rabenja – but there's also a lot of percussion from Sylvain Marc and Ange Zizi Japhet, and nice heavy drums from Frank Raholison, who keeps things funky in all the right ways. Marc also handles heavy bass and some great guitar – and on two tracks, Gilson picks up the ondoline, used in a really beautiful way! Titles include "Veloma Lava", "Valiha Del", "1973", "Dizzy", "Solo Frank", and "Buddah's Vision".  © 1996-2022, Dusty Groove, Inc.

Malagasy
Palm/Souffle Continu (France), 1971. New Copy
CD...$13.99 19.99 (LP...$29.99)
A groundbreaking project from French pianist Jef Gilson – an artist who'd already made some incredible records in the 60s, but really knocked it out of the park here – by collaborating with a host of musicians from Madagascar! The set mixes Gilson's strong ear for arrangement with ... CD